Hi everybody, today I’ll do a quick article to talk about range in multiplayer games. How you can use it in your advantage and use it to be able to get the upper hand on your opponents when playing in co-op.

You probably know that in most games, units will have range, either by using an auto-attack, a skill, a move or something else. Generally you want to maximize your range since every unit doesn’t have the same range, so if you are an archer versus a swordman for example, you’ll hit and run. If you have a sword and have better range, you’ll space your moves. If you play a 3 or more points piece in Chess, you’ll try to cover position to take advantage.

In multiplayer this concept often gets forgotten or will be used by people as they use it in solo mode.

In Starcraft II, some years ago, a French player got into the spotlight of the international competitive scene by having a particular game style. He played Zerg and people couldn’t understand how he got the advantage in some fights that could be deemed equal. 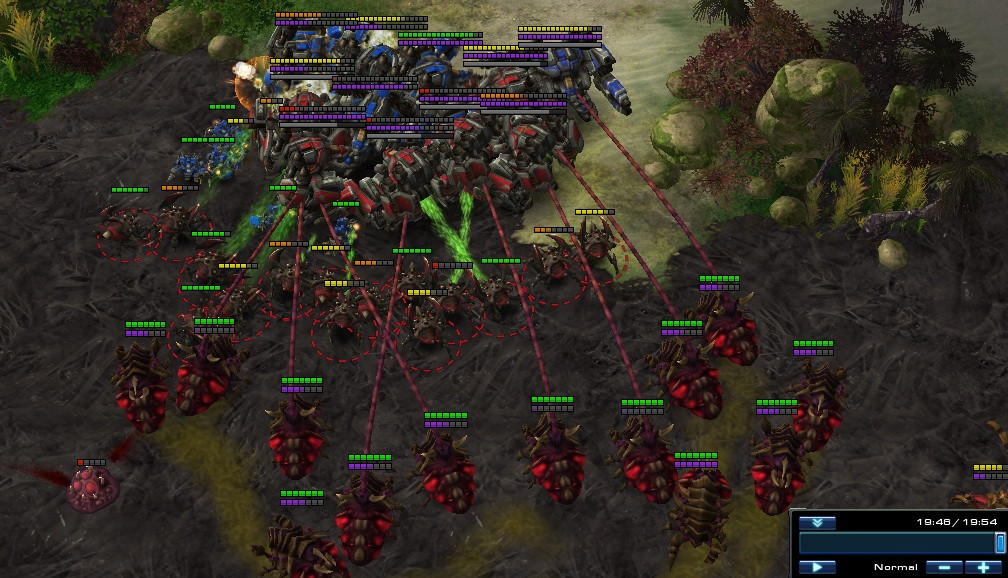 Applying that to other games.

You can imagine it getting applied to other games by always trying to have the more range area at a time on your opponent, meaning that of you’re playing a two versus two game, try to make an “isosceles triangle” with your opponent by playing with your ally. Try to get to the max range of each of your character and try to get at the max distance of your range while the other opponent will be able to reach either neither of you or only one. Giving you an effective advantage.