I am currently looking for a way to use the sun inclination on Mars. What is really easier on Mars instead of the other planets is that the day and the rotation axis is quite similar to Earth. One day on Mars (called “Sol”) is about 24h37min on Earth, but the only change in the time is one year of rotation around the sun: for Mars, it takes approximatively twice the time to make one rotation. However, the real interest in my project is to use the light inclination on the architecture, so, I need to know exactly how to calculate this kind of parameter.

I have discovered that the NASA has done a similar project to calculate one Sol to make a time reference system called “Mars24”. One of the big and interesting parts of this software is that wherever you are on any planet, the sphere is ruled by the same laws of mathematics: 360° latitude and 360° longitude. The only difference is the division of this 360° in both ways. In my project, I don’t really try to simulate the trajectory of the sun like on an armillary sphere. It would take a lot of time for something not worth to show in one month left. The best way to use the sun is to get the right angle of the light depending on your localization and modifying the architectural structure in a response to this position. But well, I am still trying to figure out how I can exploit it, so I won’t talk too much for now. 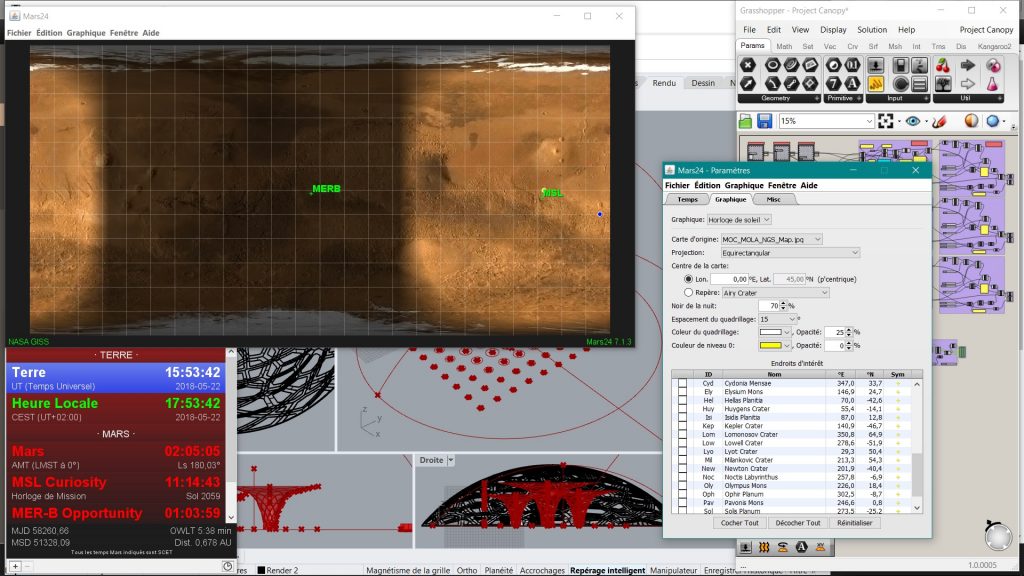 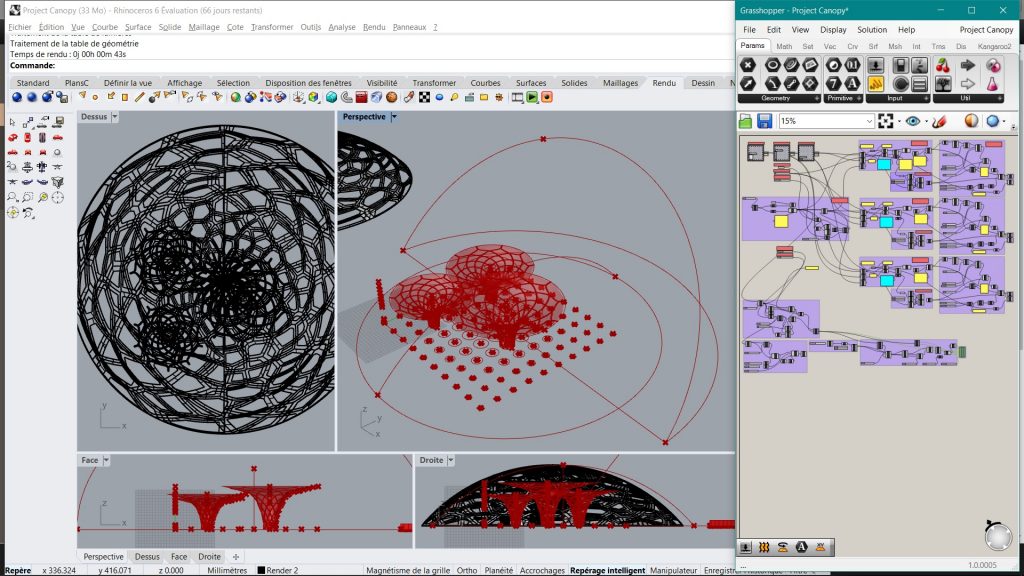 For the second part of this article, I’ll explain to you how I proceeded to make a Voronoi dome without using any plugin or Voronoi 3D node.
This one was really tricky because using Voronoi 3D would be a lot easier to make a beautiful dome without wrong lines… Oh wait, I have explained you the Voronoi and the Delaunay triangulation in this post: #29 | py03.

So yeah there were a lot of issues like how to change the height of the dome. First of all, I needed to use a 3 points arc so that I can change the middle point of the curve as the dome height. Then, I just need to make a revolution of the curve to make a dome. Then, I only used the Voronoi 3D in a box containing the dome and the intersection make the pattern I needed. However, the biggest issue was to convert the intersection of the patterns in breps. It took a lot of time for the render and it was a loss of time, so I decided to find another way to make the dome pattern.
I took a flat 2D pattern of Voronoi that I extrude and applied on the surface of the dome. However, the issue was different: since the curve is revolutionizing around itself, there are two layers of patterns. It makes a really nice design though and the time of rendering was divided by ten, quite an optimization. 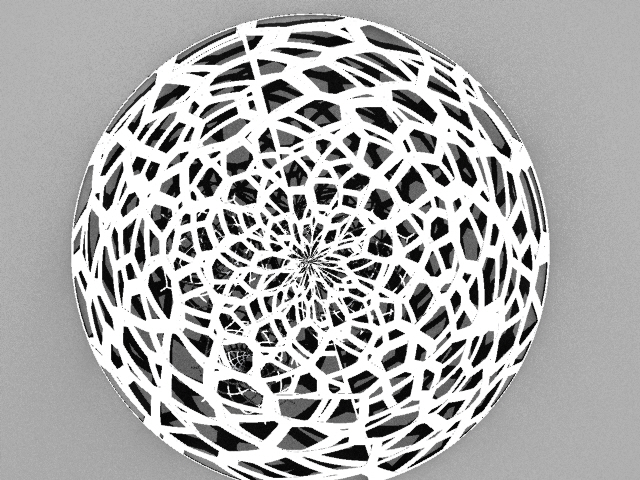 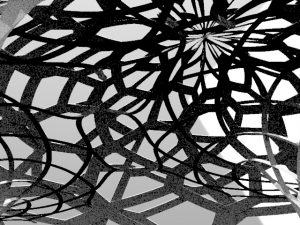 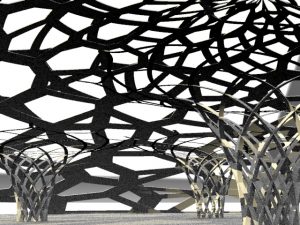 What did I learn?