#14 – How to split audio from your recording or stream

Yesterday I wanted to know how I could stream a game to a friend, but since I was already using vocal on Discord with him, I wondered if I could stream the game without him hearing himself as an echo on the stream or if I could record the game I played without the voices of the people I talk to.

I selected one particularly easy solution and I used Voicemeeter, which is similar to Virtual Audio Cable I tried to use some years ago without success.

Installing Voicemeeter will install one playback device and one recording device on your computer: 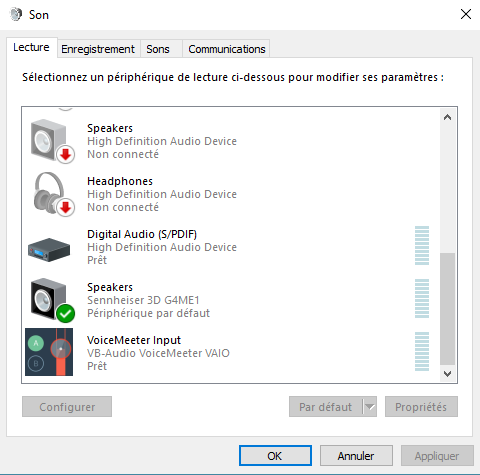 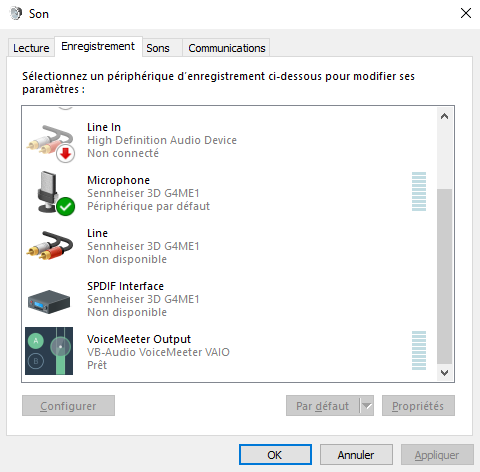 The setup you’ll have to do is pretty simple, select VoiceMeeter Input (in the playback devices) as default peripheral, then open the Voicemeeter software. 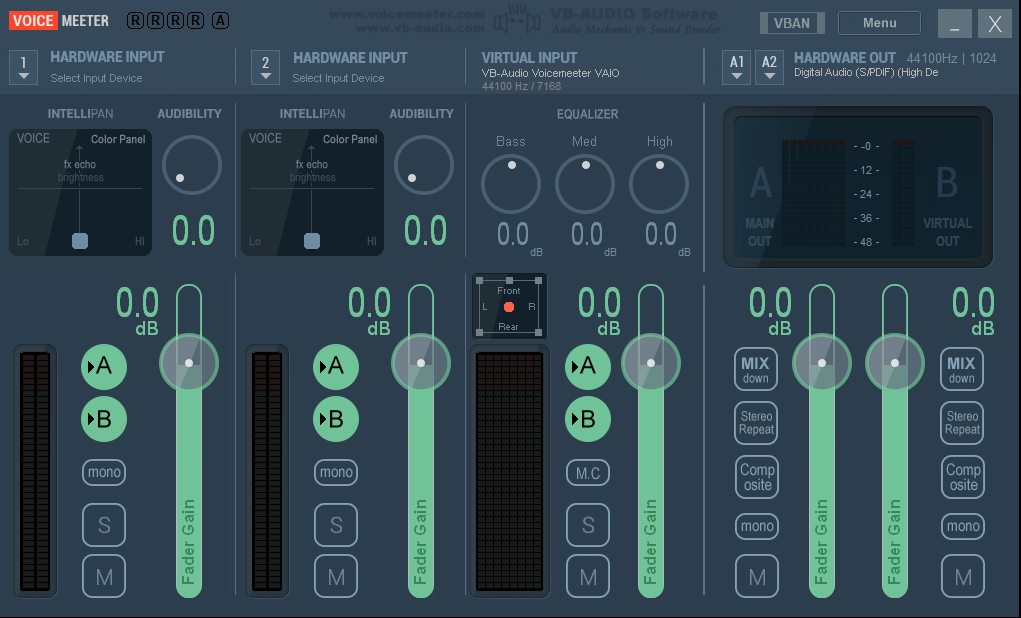 The interface is pretty clear when you know what it shows. The first two columns are dedicated to hardware input, which we won’t use for now. Virtual Input is where you’ll see and will be able to balance the volume of the incoming sounds (when you play a game, for example, it is corresponding to the default playback you did set up previously) and the Hardware Out you will have to setup your hearing device (for example a headset) to be able to still head sound yourself.

On Discord or your other voice software, set your playback device directly to your headset so it won’t be registered by Voicemeeter, and on OBS our XSplit, your sound device should be Voicemeeter.

Basically, with this setup, all sounds will go by default to voicemeeter which will be recorded by OBS except for Discord which will be sending sound directly to the headset.